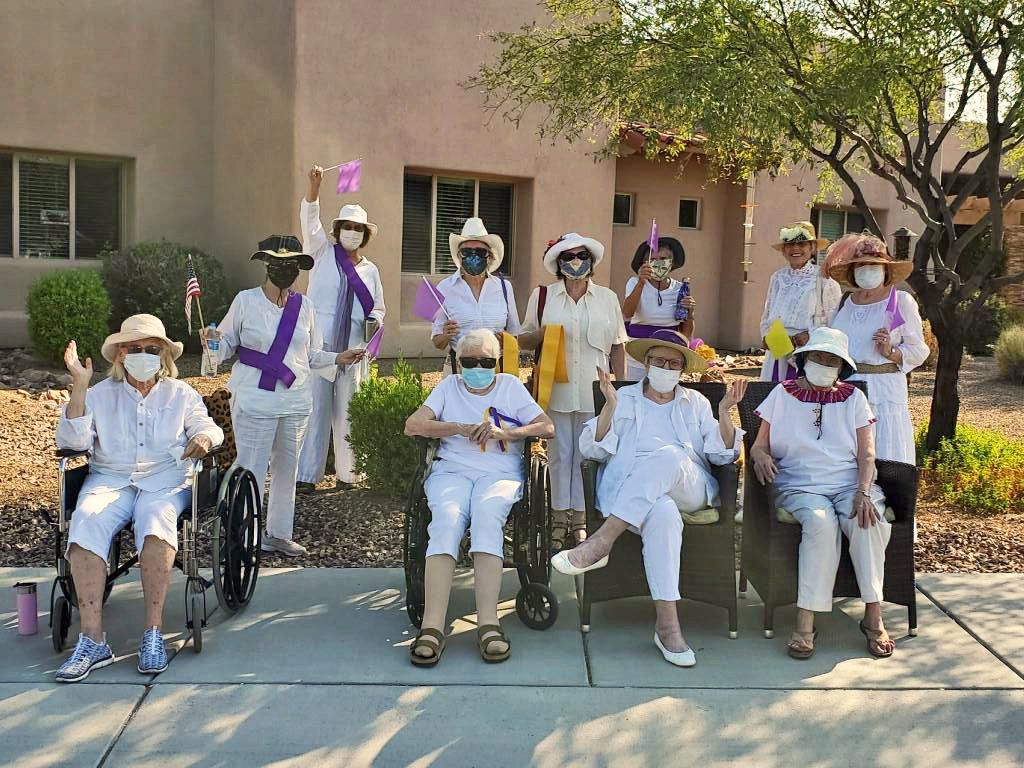 On August 19, 2020, Academy Villas residents honored the suffragettes and the 19th Amendment. One-hundred years has passed since the U.S. Government passed Amendment 19 of the U.S. Constitution.  This amendment allowed women to vote in all forms of elections in the U.S.A. It had taken a little more than 20 years for determined suffragettes to convince the U.S. populace that women should be allowed to vote.  The suffragette movement was the first to break the shackles that placed groups of people in a lower class in terms of voting and other important rights. 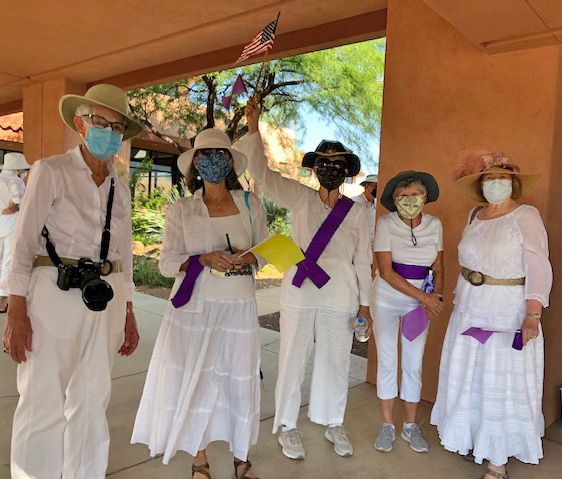 The Academy Village (www.theacademyvillage.com) residents organized a walk to commemorate the remarkable women who fought so hard for their right to vote.  Some were sent to jail, and others were mocked and derided by the many men and some women who did not feel that women had the “right stuff” to vote. Given the nature of the Pandemic, the villagers wore white as did the suffragettes.  They also carried purple and gold banners.  Women and men walked around the Academy Village in small groups–in keeping with Pandemic rules.  They met up with the Villas residents outside the Langtry Villa, and waved to the passers-by.

It was a wonderful day for those who participated and the passers-by.