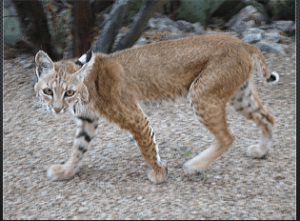 Wildlife surrounds the Academy Villas and Villas residents have wonderful views of wildlife on a daily basis.  The Southwest desert of the United States supports a huge variety of fascinating creatures. The very pretty bobcat in the photo lives in the Village.  While you would not want to get too close to him, he does not disturb humans.  And there are many other forms of wildlife that live close the Academy Villas. Because we have a number of excellent photographers in the Villas and Village, we have gathered photos that bring attention to the desert wildlife seen every day. 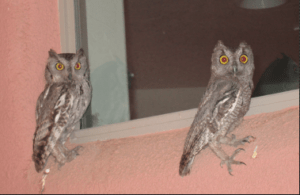 Roger Shepard, a resident of the Academy Villas, took the photo of the bobcat.  And Marcia Neugebauer, an Academy Village resident, took the photo of the screech owls above.  Amazingly, these owls live in Marcia’s front porch.  While they are quite small, their eyes seem huge and they are constantly checking everything out. Like Marcia and Roger, many residents and Villagers take photos of the wildlife.  Therefore, we collected a number of these wildlife photos of wildlife, birds and insects, for others to see. This collection contains 110 photos. 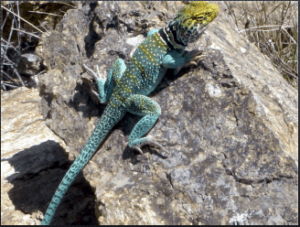 Tucson, AZ supports one of the world’s best Desert Museum.  However, much of the wildlife that resides in Tucson’s Desert Museum also lives in the Rincon Valley. Because the Academy Villas is located in the Rincon Valley, residents of the Villas have front seat views of this wildlife. In a sense, the desert around us becomes its own wildlife museum. A Collared Lizard is seen in the photo above. This lizard changes color very quickly if it is disturbed.  These and other photos of wildlife by residents and Academy Villagers may be seen here.